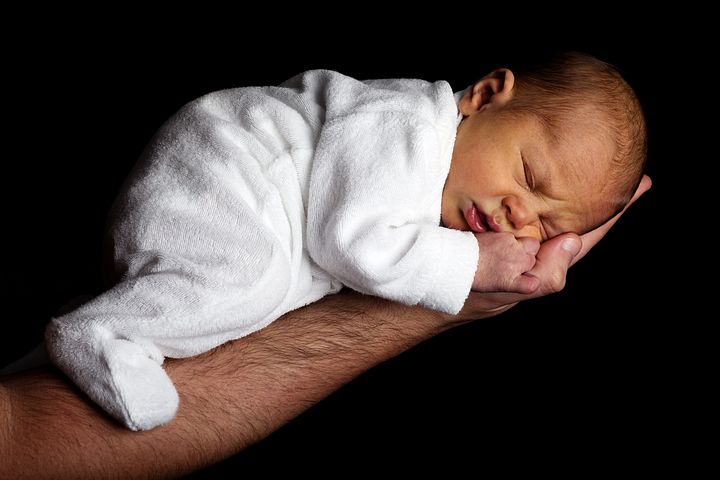 If you, like me, are thinking about having children, arguing with your spouse over baby names, and have been scouring the internet for something unique, I hope the following list which I’ve collected from some of the most searched sources helps you on your journey.

When it comes to choosing names for your child, there are various sources of inspiration that a lot of people choose to tap into including celebrities, religion, history and culture. Let’s take a look at some of the more popular names in those categories.

Ivy – This is a part of Blue Ivy, Beyonce and Jay-Z’s first child’s name. It has a somewhat of a sensual ring to it, and your kid could end up being some type of artist with a name like that which is intriguing. It also reminds me of the Batman villain Poison Ivy and a plant that grows on my fence in my backyard.

Ariana – This is an obvious ode to Mariah Carey’s musical successor and the creator of hits like “Thank You, Next” and “The Way.” It sounds like a hispanic/Italian name. Like the musical diva, it might make your kid seem a bit pretentious. It’s pretty, but it might have a little too much going on for some.

JungKook – Jeon Jung-kook of the Korean boy-band BTS is all the rage and your kid could be too. The name exudes power and authority and hits a bit different from some of the more common American boy-bands. Your kid could also end up with the nickname Jung which is always nifty.

Normani – The name of a founding member of the girl-group Fifth Harmony that has been said to mean “Gift of God” by some readers of names.org. Its actual meaning is unknown, but it is believed to have originated somewhere in France.

Crew – Chip and Joanna Gaines of the HGTV series “Fixer Upper” chose this name for their fifth child. It’s a little off-putting at first, but I have to admit that it rolls off the tongue easy. The word crew is also nice because it could be an interchangeable term for family.

What to Expect When You’re Expecting

Barack – This name is kind of like a two-for-one. You get a popular American president and some no-name guy in the Bible as inspiration for your child’s name. I’m sure after 2008 this one skyrocketed in popularity, and if you want a child with an authoritative name, this might be just the pick.

Magdalen – A name from Hebrew and Greek origins. It is a variation of Magdalene, the last name of Mary who was one of Jesus’ most faithful followers who some believe was a prostitute, although it’s never actually documented in the Bible.

Aaleyah – This is a variation of Aaliyah which is the name of a very famous singer. The name appeared on a Muslim baby name list and means “exalted or highest in social standing.”

Abel – The name is inspired by one of the oldest biblical stories and means breathing. Abel was brutally murdered by his jealous brother, but regardless, it still has a burly ring to it and sounds like someone who is capable of accomplishing a lot in their lifetime.

Adiva – This is a unique Muslim girl name that means “pleasant or gentle” in Arabic. It naturally sounds like someone who might think highly of themselves in my opinion, but it looks super cool when written down on paper. It could be the name of a goddess.

Apollonia – This is name that belonged to a third-century female Christian martyr and also was the girlfriend of Prince’s character in the hit movie “Purple Rain.” You also can’t forget Michael Corleone’s short-lived marriage to an Italian woman with this name in “The Godfather.” It’s elegant and pretty but might be a little hard to find a nickname for.

Cassius – This is a name that probably originated in Ancient Rome and was discarded by Heavyweight Boxing Champion Muhammed Ali. It oozes of regality and could set up your child for some type of political run.

Tupac – This is inspired by both music and history. This is a very unpopular name that should probably be used more being that Tupac Shakur was one of the most influential figures of my generation. The only issue with it is that its synonymous with the rapper and people won’t be able to help but think of him when talking to your child, but maybe yours will be able to break the cycle.

Woodrow – This is the name of a man who was the U.S. President during WWI and a place in Staten Island, New York. If you choose this name, your kid might end up being called Wood which isn’t so bad. Dro actually sounds a bit better.

Augustine – A legendary Catholic saint who started his life as a bit of playboy, once made this a revered name throughout history. It can also have a lot of variations such as August, Auggie and Augs. Not sure how nicely those will ring off, but at least the full name will make people think of your son or daughter as someone important.

Parks – Rosa Parks is a civil rights activist that helped change the tide of race relations back in the 1960s and 70s in America. Her last name can easily be used as a first name and could work for a boy or girl.

Donatello/a – Is he a famous artist or a ninja turtle? I don’t know so you’ll have to let his or her friends decide. Either way, this is a pretty name that is both classy and unique. The Italians really don’t take advantage of this one which can easily be spun into a slew of easier-to-pronounce nicknames.

Carlota – This is a cool Spanish name that I got from the hit Netflix series “Cable Girls.” People might end up calling your daughter Carla, but the name is still very elegant.

Rory – This is a cool sounding name that isn’t as common as it should be. This is truly a staple in the Irish community that hasn’t been taken advantage of outside of it. It can also be turned into cool names like Rors and Ror.

Aiyden – It means “little fire” and was chosen by baby.lovetoknow as a great name for African American boys. It sounds a lot like Aiden which has been one of the more popular neutral names used by parents during the past few years.

Nikolay – This is a slept-on Russian variation of Nicholas that screams power and authority. It also reminds me of the wrestler from WWE in the 1980s. I’ve only met one person in my life with this name so it’s definitely one that will make your kid stand out.