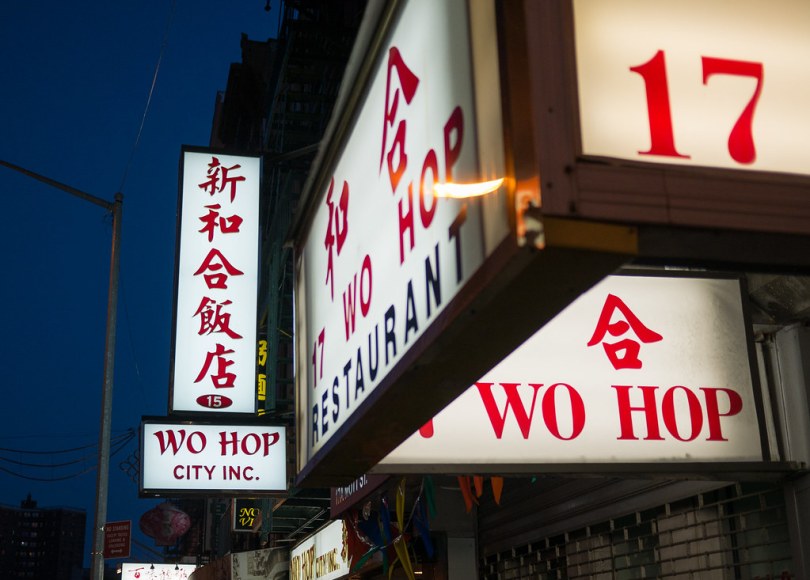 In the mid-2000s, I really started to push the limits of my driving when I decided to make regular trips to Manhattan for late-night Chinese meals at a restaurant called Wo Hop.

A few brave friends would take this journey with me to Chinatown at least once a week, and we’d always have a soundtrack to our adventure which would normally be Cam’ron’s “Purple Haze.”

Now, I am reminded of these trips because Cam’ron released “Purple Haze 2” today, and what better way to celebrate than reminiscing over what I did when listening to the original

Killa’s “Down and Out,” which featured the then brand new artist Kanye West, blared out of my high-powered sound system while we crossed over the Verrazano Bridge, hopped on the BQE, and finally went over the Manhattan Bridge into Chinatown. This is probably your best and cheapest way to get into lower Manhattan if you’re coming from Staten Island since the only toll you’ll have to pay is the Verrazano.

When you get to Chinatown after 10 p.m., which is when we normally drove there because we worked retail jobs that didn’t let us out until at least 9 p.m, it is fairly easy to park. No need to feed a meter or spend over $50 in Manhattan’s overpriced lots since all of the spots are free after 7 p.m.

Tale of Two Wo Hops

Wo Hop is located on Mott Street between Bowery and Canal (This is for people familiar with NYC). Now, before you attempt to head over there, you need to know that there are actually two Wo Hops. A downstairs one, which is the famous one with pictures of celebrities all over the walls, and a less popular upstairs location.

I personally feel like the upstairs location has better food and a nicer ambiance. This is the one I frequented most during this time period. My family originally introduced me to it and my friends loved eating there after a few visits. They’re very similar, but they do make some dishes differently. Fortunately, both are open 24 hours a day so you can hit either one for a late night snack.

Not for the High Maintenance Crew

The two Wo Hops, like a lot of restaurants in Chinatown back then, looked like holes in the wall. They’re are perfect for kids in their early 20s with the munchies, and ideal for families looking to save a buck by dining on their cheap eats. Don’t take your high maintenance friends here because they might complain that it’s too dirty (No offense to mine). Also, you’ll want to be well into a relationship before taking a date here.

Now, onto the menu. The wonton soup and the fried dumplings are must haves when visiting Wo Hop. There’s been times where I have only ordered those two items when making a trip there.

Unlike most wonton soups here in the tristate area, Wo Hop’s has a clear broth. You can really taste the pork inside the wontons and there’s plenty of scallions to flavor up the rest of the soup. The dough used tastes pretty fresh and rivals anything I’ve had in NJ or NY.

The pan fried dumplings come in a dark, balsamic-like salty sauce probably made with soy and other ingredients. They have a really crispy exterior and a gingery finish from the pork seasoning. We used to get two orders when we made our trips here.

If those dishes aren’t enough to fill your belly, you should try their variation of general tso’s chicken, the Wo Hop steak, and the lobster Chinatown style.

Wo Hop makes a general tso’s that isn’t overtly sweet and packs a crispiness that other Chinese places just can’t duplicate. This is not an authentic Chinese dish, but for Americanized take-out, it’s one of the most popular. Wo Hop is probably one of the few places where you could get a version that tries to make it less like a dessert by getting the flavors right.

Wo Hop steak is one of their signature dishes and consists of strips of meat doused with a tangy, A1 flavored sauce. The steak is normally cooked medium rare and melts in your mouth. It is accompanied by long stalks of Chinese broccoli and is best eaten with a side of rice.

Finally, we have the lobster Chinatown style. This is a chopped up lobster covered in ginger, scallion, egg bits and little chunks of pork. The flavors from the pork and ginger bring out the juiciness of the lobster.

The restaurant also cuts the shellfish up in a way that is easy to eat. Once you’re done with the lobster, you’ll be scooping up the delicious pork bits with your fork.

Wo Hop also gives you a pot of tea, bowl of crispy noodles (you need to order them), and an orange to finish out your meal.

After finishing our delicious Chinese meal, we’d normally get back in the car and head home. We’d usually get back on the BQE around 1 a.m. and surprisingly enough we’d sometimes hit traffic. We’d often get in our silly bag and play some of the hilarious skits from “Purple Haze” along with songs with some outlandish bars like “Family Ties,” “Get Em Girls,” and “More Gangsta Music.”

With the release of “Purple Haze 2,” it might be time to test the new album with another late night trip to Wo Hop. It’s probably something my friends and I haven’t done since 2006, but it sure would be a good way to see if Part 2 lives up to the first, classic installment in this series.