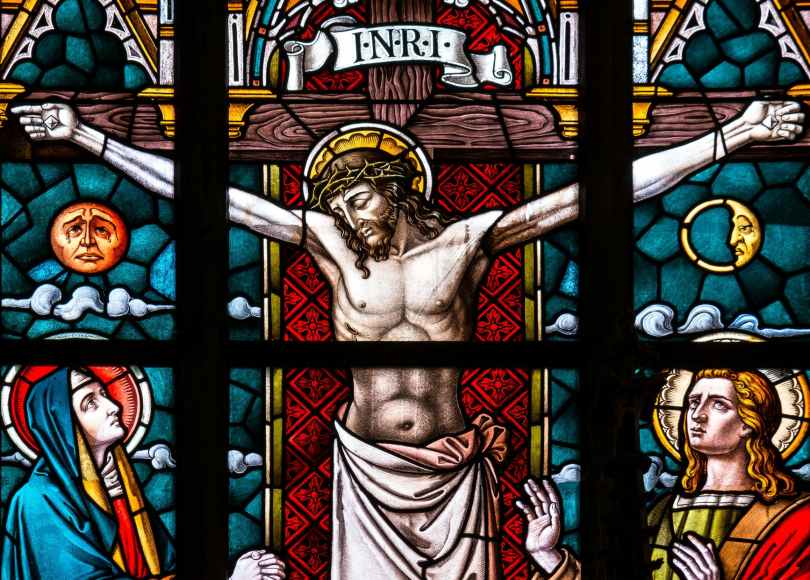 One thing I’ve learned in my Christian faith is that knowledge alone is not enough to generate true growth in my life.

My Path to Growth

In order to properly understand some of these teachings that I frequently encounter through Bible reading, I have to go through some type of struggle to rightfully experience it.

God Provided for me Through Unemployment

Consider the ravens: They do not sow or reap, they have no storeroom or barn; yet God feeds them. And how much more valuable you are than birds! — Luke 12:24

For example, in order to rely on God as my provider I needed to not be able to depend on the security of a job. I have been out of work three times in the past three years and I must say that in each instance I always had what I needed when it came to finances.

God always found a way to provide for me whether it be through freelance gigs, favors for friends, my wife’s income or unemployment insurance. Oftentimes His timing with provisions was just too perfect to be chalked up to my own talents or coincidence.

When I was out of work at the end of 2017 I was able to earn some money doing freelance writing, but since I wanted to get married I was going to need a bit more stability. Funny enough, right when my unemployment money ran out God provided me with a full time job which allowed me to move forward with my engagement plans.

I was also out-of-work for an even longer period of time in 2016. This time my unemployment insurance ran out and I was in school learning a new skill. I needed to earn money and go to school and God miraculously provided me with a freelance writing opportunity with an outlet that I had been a fan of for years.

This writing job was able to earn me enough money for my necessities at that time and get me to my next full time position pretty seamlessly. Again, His timing was impeccable.

He Waited Out of Love

I don’t believe God made me wait until the last minute in these instances to watch me suffer. Looking back I think it was more to show me that He was the absolute provider and using this miraculous path of financial continuity He was able to illustrate his love for me more explicitly.

Both wisdom and struggle were necessary for me to fully learn this particular lesson. Prior to my first layoff, I put my faith in myself and my work. God humbled me by making me fully depend on him.

However, if I hadn’t had the scriptural wisdom that told me God was my provider, I might have taken immoral action or stepped on someone else’s back to make money since I would have had absolutely no security.

At that point, I couldn’t provide myself with any money and waiting is difficult when you are locked in this circumstance. A prideful person might either blow their credit cards or just blatantly ignore the help that came along the way and turn down the small opportunities.

On the flip side, had I not lost my job multiple times I might have never learned how to rely on God for my finances.

There have also been other struggles in my life that have been used as catalysts to mature me in my walk.

Do not be surprised at the fiery ordeal among you, which comes upon you for your testing, as though some strange thing were happening to you. — 1 Peter 4:12

Another example could be an issue that I had with a few brothers in the Lord when I was heading a young adults ministry at my church.

These brothers that I considered family at the time engaged in a lot of gossip and dissension and started to express their frustration claiming prominent members of the church were ignoring them.

During that time, while balancing work, my hobbies and family life, I did what I believed was my best to make them feel like family, but nothing seemed like enough for them.

From reading scripture constantly, I knew that instances such as this one happened frequently in the early church (see 1 and 2 Corinthians). Paul’s letters frequently addressed the complaints of the saints and dissension practiced by them that needed to be corrected by his instruction.

The leaders of those particular congregations had called on Paul to try to bring order back to some of these bodies that he founded. Paul did not allow this to shake his faith, but rather he stood stern in his beliefs and kept preaching and teaching until the day that he died.

Had I not been aware of the scriptural accounts of the early church, I might have allowed the dissension to make me lose faith in the church altogether and abandon ministry. Based on my reading of the scripture, I knew that the enemy would probably strike me with the ones closest to me, much like he did with Jesus and Judas.

It came as no surprise when I learned that these gentlemen who I loved on had wanted to take all their frustration out on me. It did not shake me in my faith, but rather encouraged me to know that I was doing the right thing even though I didn’t get the result that I wanted. But I could have never learned this lesson without the difficult ministry experience.

Even though you treat a believer as a brother, that same love will not always be reciprocated, and we should know and expect that as Christians. Believers who do not know this often leave local churches. But this is unacceptable for one who wants to finish the race.

Thankfully, after some time, I was able to reconcile with those brothers and put the past behind us.

It is also important to note that without the struggle the knowledge wasn’t enough for me to fully comprehend these spiritual truths. The harsh experiences I endured made me intimate with the way in which the world and God’s people interact.

Only after those experiences am I able to provide guidance to those who may encounter some of the same hardships. They also make me a reliable source and confidant for someone looking for commonality in the struggles of life and the Christian faith.